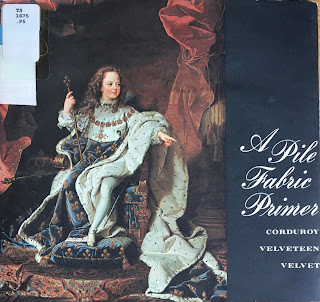 In an earlier post, I explained that most of my stories had been published in limited editions of about 300 because, not to put too fine a point on it, that seemed to be the extent of the readership for them.

However, some writing has achieved rather larger audiences. For a while I worked in a government publishing unit as what I suppose would be called a ‘technical’ author and editor, and during this period, c.1990, I was asked to write a leaflet explaining the importance of National Insurance numbers. These are the unique personal identifiers used for employment, taxation and social security purposes and it was felt that people didn’t quite realise how useful they were for getting business done with the various government services.

The slim pamphlet I came up with was printed in some 20,000 copies in just the first edition and I entitled it Not Just a Number, which was incidentally a sly allusion to the watchword ‘I Am Not a Number’ from the 1960s TV series The Prisoner. I was not unaware of the irony. It was printed in the corporate livery of blue and orange. I may have a copy somewhere, but otherwise I should think it unlikely any have been treasured, unless by collectors of public information ephemera.

There might be a collection worth pursuing of unexpected books by more celebrated authors. For example, when Eric Ambler began his career as a writer of top notch spy thrillers he was for a while short of money, so his publisher gave him some work editing a book in their ‘Teach Yourself’ series. Despite its theme—Clear Thinking—the volume, written by ‘a red-brick university don’ was (Ambler recalled) a ‘good book’ but a muddle. Although Ambler does not name the book, it was probably Teach Yourself to Think (1938) by R.W. Jepson, so this ghost-edited title is really part of Ambler’s bibliography.

Obviously, this was difficult to resist, and I was able to track down an ex library copy, discarded by The Art Institute of Dallas, where, sure enough, the small print on the copyright page confirms it was ‘edited by William Gaddis’.

‘Pile fabrics are distinguished from other textiles by their surface, an infinite number of threads standing erect from the foundation structure of the cloth like blades of grass in a well-kept lawn’ begins the section entitled ‘What Are Pile Fabrics?’, a not unreasonable question under the circumstances.

An infinite number of threads! This sounds already like the evocation of a Gaddis novel. And what about that homely but somehow still slightly sinister image of the bristling well-kept lawn?

The secret of successful pile fabric production, we are several times told, in a somewhat Orwellian mantra, is ‘men, management, machinery.’ You can imagine it being chanted by the first of these components as they march into work or between the production lines. Or it might be the chorus to a piece by Cabaret Voltaire or Kraftwerk. We notice that it echoes the three word incantation of the sub-title too. All together now; Corduroy Velveteen Velvet|Corduroy Velveteen Velvet|Corduroy-

The ending of the 55 page primer opens out to a vision: ‘Even  the recent installation of electronic data-processing has done nothing to change this [men management machinery], though it does signal another important milestone on the long road that began in that hamlet called Stone Village in 1807, a road with still no end in sight.’

But it’s hard not to detect a Sisyphean sigh in those last words. 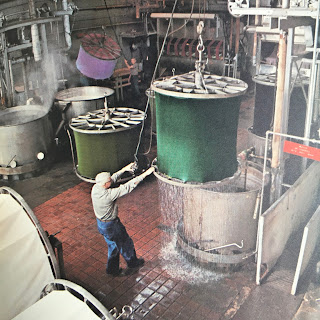