The Corpse Roads of Cumbria 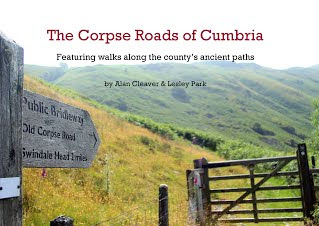 A corpse way or corpse road is an historical track across country from a settlement that did not have a graveyard to one that did. These mark the route taken from outlying places to the nearest place of internment. A few of the roads are marked on maps and even signposted but most are only known from antiquarian references, or local reputation.

For centuries the right of sepulture, that is the church’s permission to have a consecrated graveyard, was jealously guarded. There are examples of remote villages petitioning the authorities, even up to the Pontiff, to be granted the right for a more local resting place, often citing the difficulties of the journey to the nearest one over mountain, moor or marsh and in severe weather.

The Corpse Roads of Cumbria by Alan Cleaver and Lesley Park (Chitty Mouse Press, 2018) is the first full survey of these cortege ways in a county known for its remoteness and bleakness. The authors describe the routes, with directions enabling walkers to follow them, and note interesting features on the way such as reputed coffin stones, where the processions are said to have paused and set down their load, holy wells, ancient bridges and lonnings, the local green lanes. They also recount legends associated with the paths, and delve deeply to discover the earliest known references to them, revealing that in some cases all is not quite what it seems.

A noted legend tells of a macabre incident which was the inspiration for The Shadow of a Crime (1885), the first novel by Hall Caine, the highly popular Victorian novelist. As this new study relates, Caine explained, in My First Book (1892), that he had heard it from his grandfather. “My mother’s father,” he noted, “was a Cumberland man, and he was full of the lore of the hills and dales.” The story told how not once but twice horses carrying a coffin over the mountains were startled, bolted and disappeared, but were sometimes still be heard or glimpsed still carrying their burden over the lonely country (there is an extra twist or two to the yarn in Caine’s telling too).

This thoroughly researched and fascinating study also offers vignettes about local funeral customs and folk tales, and is a richly sombre compendium full of unusual and often previously unrecorded details. 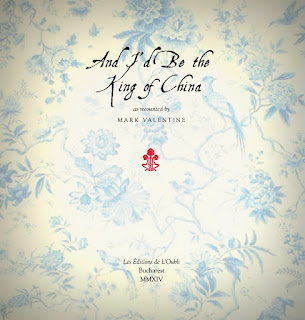 In And I’d Be the King of China, I wrote about Charles Welsh Mason, the Eighteen Nineties writer published by John Lane and others who had also had an adventurous career, including an attempt to lead a revolt in China.

After the publication of his last known book, The Chinese Confessions of Charles Welsh Mason, by Grant Richards in 1924, I was unable to find very much trace of this mysterious figure.

It transpires that in fact he retired to a house that he built for himself in rural Kent, and lived there pretty much as a hermit until his death in 1951. Queer House, High Halden, was an eccentric edifice with decided Chinese and Gothicky influence.

It’s now possible to see a splendid film excerpt briefly depicting Mason himself and his house under the title Hearths Are Trumps, where he is described as Writer, Gold Miner, World Traveller, dwelling alone with his memories.

(With thanks to David Leffman and Johanna Mason, the author’s grand-daughter) 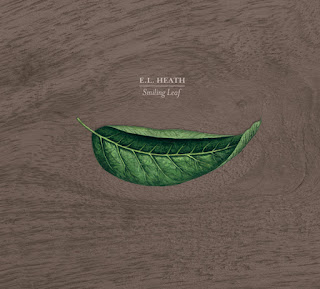 Wayside & Woodland Recordings have announced a new album, Smiling Leaf, by Shropshire musician E L Heath, available on CD and/or as a download. This is his first release for five years and we're told: "Heath eventually found solace and intent to create with the writings of Arthur Machen especially the novel ‘The Hill of Dreams’ - where the protagonist Lucian Taylor is haunted by the past; pagan imagery of an ancient Roman settlement overlaying his rural home, a malevolence that journeys with him no matter where he goes, Heath taking from this a kinship with tradition itself and how it is fused with what is unseen."

E L Heath has written a note to accompany the release, where he comments: "Machen wrote about what was underneath Welsh fields as if a violent storm could tear the modern fabric away and expose the old ways buried underneath . . . When revisiting old themes and old songs it is haunting to see how ideas not yet fully formed can be so affecting years on. Many of them are concerned with old ways, the land, the woods and what was there before."

Heath's past compositions often draw upon the folklore and contemporary curiosities of the Marcher lands, with titles directly referencing some of the quirkier localities, such as "Bishop's Castle Carnival", "The Bridges, Ratlinghope", "A Song for the Village of New Invention" and "Snailbeach Mines Trust", and one simply called "Shropshire Hill Country." Comparisons have been made to the oblique work of Ivor Cutler and Kevin Ayers. Highly melodic, with a psychedelic edge, these songs and instrumentals often have a brittle, yearning quality, strange, surging and otherworldly. 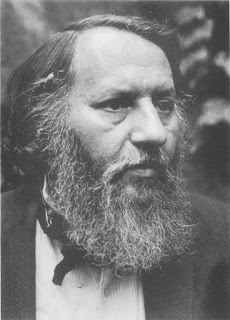 The Avram Davidson Society, that haunt of savants and connoisseurs of rare fiction, has announced the publication in June of Chance Meeting, two uncollected pieces by Avram Davidson on Philip K. Dick. This includes Davidson’s perceptive review of The Man in the High Castle from The Magazine of Fantasy and Science Fiction for June 1963 and his memoir of PKD from Locus 256, vol. 15, no. 5, for May 1982. The publication also includes a letter from Grania Davis from the same issue of Locus; with a short essay by the Society's leading light Henry Wessells. It will be in an edition of 150 unnumbered copies, stitched in Hahnemühle wrappers with letterpress label. This meeting of two of the most original and inventive minds in fantasy and SF will certainly be worth attention.
Posted by Mark V at 12:07 PM No comments: 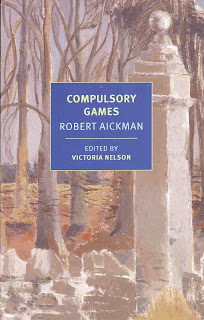 It is always a good thing to have an affordable sampler of the “strange stories” of Robert Aickman available again from a mainstream publisher.  I say sampler because this selection is not a “best of” volume. Indeed, Aickman’s most celebrated stories are not included here.  Compulsory Games contains fifteen stories, plus an introduction by editor Victoria Nelson. The story selection was limited, as Nelson admits, to stories not included in the Faber four-volume set issued in 2014; that is, stories not in Dark Entries (originally 1964), Cold Hand in Mine (originally 1975), The Wind-Dark Sea (a 1990 U.K. abridgement of the 1988 U.S. compilation, which was kind-of a posthumous best-of collection), and The Unsettled Dust (a 1990 U.K. compilation that takes the stories omitted from the 1988 The Wine-Dark Sea and adds to it).  These Faber volumes are devoid of bibliographical and copyright details.  So too Compulsory Games, the new compilation from New York Review Books, which confusingly claims the stories © 2016 by the Estate of Robert Aickman, yet notes the selection is © 2018 by NYREV, Inc.  This cavalier attitude towards essential information is really frustrating.

As to the stories themselves, four of them (“The Strangers,” “The Coffin House,”  “A Disciple of Plato,” and “The Fully-Conducted Tour”) come from the 2015  Tartarus Press volume, The Strangers and Other Writings, a kind of mop-up Aickman collection, including previously unpublished materials, limited to 450 hardcover copies. So it’s good to see some of this rare material made available again, and in a readily available trade paperback.

The presentation is nice, and the editor’s introduction is adequate, if a bit sniffy at times—Nelson begins with a claim that any Aickman story is “unshaped by the procrustian bed of genre”—something that is simply not true, for Aickman himself was clearly very well-read in the genre, though in his own writings he deliberately struck out on his own. He developed his own rules and style, but he was still certainly shaped by his thorough reading of the genre.  (The anxiety of genre also shows up in John Darnielle’s blurb on the rear cover of the book.) Nelson also  makes note of some interesting features in what she calls Aickman country.

Nelson’s 2001 volume The Secret Life of Puppets (Harvard University Press) was an eclectic and interesting look at how views of the supernatural permeate modern culture. Nelson recently published a list of the "10 Scariest Horror Stories" which includes Aickman's "The Trains" as number 1.  Read the piece here.

Pegana Press has recently published the fourth volume in their series of fine press booklets of "Lost Tales" by Lord Dunsany.  (I wrote the short Introduction for this one.)  It comes in paperback and hardcover versions, printed and bound by hand. The Pegana Press productions are elegant works of art.

This booklet contains nine stories, eight previously unpublished, and one previously unreprinted.  The three longer stories date from the last decade of Dunsany's life, while the rest are fables of the sort as those found in Fifty-One Tales (1915).  Dunsany was a master fabulist, so it's a great attraction to see more of his work in this area.

This edition also has as a color frontispiece a previously unpublished work by S.H. Sime:

For more details and ordering information, visit the Pegana Press website.
Posted by Douglas A. Anderson at 2:00 AM No comments: