A Forgotten Episode from Heart of Darkness 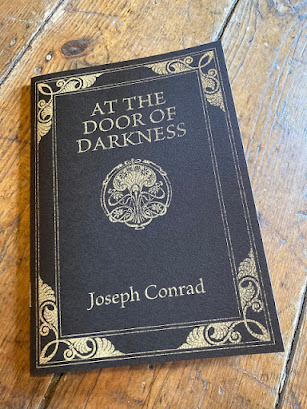 Withnail Books of Penrith Cumbria takes its name from the cult film, with the motto ‘I’ve opened a bookshop—by mistake’. The proprietor specialises in cult literature, has a shelf labelled Really Weird and enjoys books on obscure subjects.

It was here I found the improbably-titled Tobacco Cultivation in England, an unusual item in the bibliography of the poet and nature-writer Ronald Duncan. Another visit offered a book on barbed-wire collectors in the American West.

Alongside this fascinating stock, Withnail Books also publishes nicely produced booklets of rare literary material. In the past they have issued a newly discovered piece by Saki, a ghost story possibly attributed to Mary Shelley, an unreprinted letter by T E Lawrence, and other interesting finds.

The latest publication offers At the Door of Darkness, ‘a forgotten episode’ from Joseph Conrad’s Heart of Darkness, a passage excised before the book was published. Though known to Conrad scholars, it has not been available more widely before.

The new publication includes a transcription of the deleted text from the manuscript, the heavily edited passage as eventually published in the printed version, and a detailed introduction by editor Adam Newell, together with a linocut frontispiece by Sharon Newell and images of Conrad's original manuscript pages. It is in a limited edition of 100 copies. 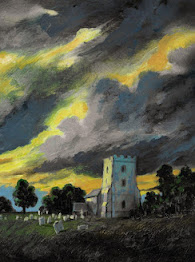 Sarob Press have recently announced Powers and Presences, a shared volume of new fiction by John Howard and Mark Valentine. The stories are inspired by the seven mid-20th century supernatural thrillers of Charles Williams,  and comprise:
“The Dance of Gold” by John Howard, a novella in which the rector of a rural parish discovers the secret of a legendary coin and the enormous responsibilities of becoming, even temporarily, its guardian.

“Kraken Tide” by Mark Valentine, a long story in which a vast storm flooding the Lincolnshire coast coincides with the activities of a mysterious black magician and, possibly, the secrets of the Templars.

“Seek for the Pomegranate” by Mark Valentine, a long story about an ancient Roman talisman which leads two young scholars into a mystical adventure and the Orphic Mysteries.

Both authors also provide afterwords about their interest in Charles Williams' work.