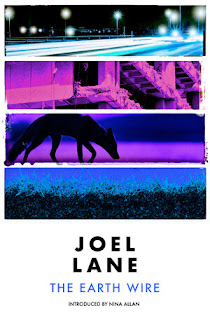 Two short story collections by Joel Lane are to be reprinted in stylish new paperbacks from Influx Press on 29 October - The Earth Wire and Scar City.

Joel was a master of urban noir whose stories also have a brittle poetry and a deep humanity. We may find ourselves among wastelands of disused factories, derelict houses and shuttered shops, but we also encounter there an uncanny beauty. And we are drawn to his thoughtful characters, with their fragile friendships, tentative affinities, fraught allegiances.

This is fiction that is not afraid to look the world as it in the face but is also willing to seek for the things that can help sustain us, such as friendship and care for each other, art and literature,  and a certain existential defiance. 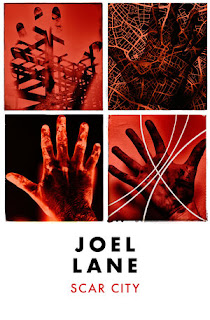 In 'The Paper Ghosts', my essay on five early stories by Joel, I suggested they sought for:

'Some headier dimension to the world, a promise of the uncanny, the radically different. Alone, we are not quite enough: we need our strange other. In just such a way I, and many others no doubt, have needed Joel and his rich, mysterious stories: and still do.'

Joel was also a perceptive critic on supernatural and macabre fiction, and a valued contributor to Wormwood. He wrote for us on H P Lovecraft, Ray Bradbury, Fritz Leiber, Ramsey Campbell, Robert Aickman and others. His insights are always acute, original and inspired by deep attention to the work.

These and other essays by him may be found in This Spectacular Darkness (Tartarus Press).