Journey to the West - The Mystic Umbrellas 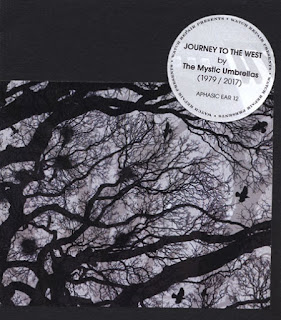 “On a Summer afternoon in the back bedroom of a Sixties semi-detached house on the western edge of Northampton, over thirty years ago, a boy of twenty improvised melodies on a reed organ and captured them on a cassette recorder….”

“Journey to the West” originally appeared on the sought-after Deleted Funtime cassette (1980) alongside tracks by Stabmental (featuring John Balance, later of Coil), The Door and the Window and The Instant Automatons. Its wistful, melancholy air brought comparisons to Popul Vuh and The Third Ear Band. Artist John Coulthart has written a fine evocation of the project.

As well as the digital album, there is also a special edition comprising two CDRs, four postcards, and texts by Mark Valentine and Anthony Clough, with design by John Coulthart, photography by Deborah Judd, and packaging by RebexLibris. This includes a download code.

Limited to 100 numbered copies, this is available for £10 each plus £2 postage (UK), £4 rest of the world. To order, send a message to lostclub[at]btopenworld[dot]com, replacing the words in square brackets with symbols.

“The silence when the playing ceased, and the thunder faded, was like a crack opening in time: he always remembered how it felt, as if he had caught a glimpse of some un-nameable change in the nature of things.” 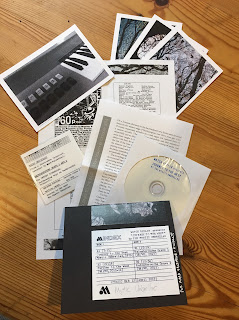