Taking my cue from Mark's last post, I thought I'd add to the "battered books" series by looking briefly at Penny Bloods and Penny Dreadfuls.  They represent something of a challenge to the collector as they were published in weekly penny parts, and sometimes monthly parts for 6d. 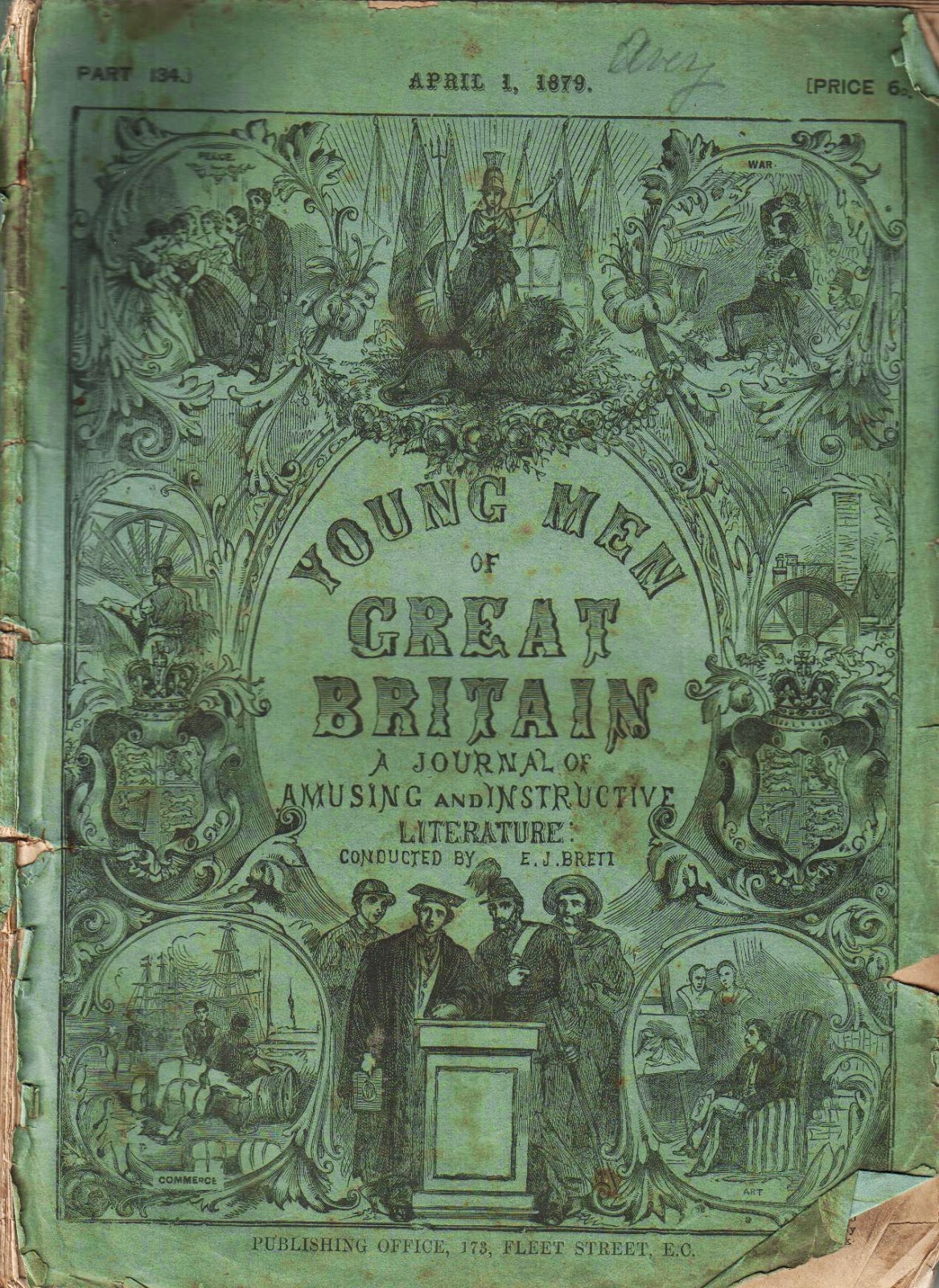 Collectors of Penny Bloods, often being an impecunious and resourceful lot, would take it upon themselves to bind these into convenient volumes or rebind volumes that had fallen apart.  Here is John P. Quaine, the Melbourne Bloods collector and bookseller, mentioning some examples he had bound himself in letters to Stanley Larnach:


:
"I have another fierce item – Dashing Duval the Ladies Highwayman, last reissue approx 1895, full of illus, some very sensational.  150 pages, wrapper, perfect copy, but towards the end evidence of dirty-fingered printers.  My own cloth binding.  There is an awful semi human creature in it called the Vampire.  One of the cuts show him being buried with a stake stuck in his little Mary.  I have had this fifty years, but will sell it now for two quid."

"Susan Hoply; or, the Trials and vicissitudes of a Servant Girl.  A Tale of Deep Interest.  By the author of Kathleen, Hebrew maiden, etc. 56 Nos, each illus in the usual bloodcut style, lacking three leaves, fierce front of a murder, cloth binding (by myself) £2."

"I think the same chap will sell me back Mabel, or, The ghouls of the Battlefield and The love Child, by the author of ‘Varney’ both Lloyds.  Can’t tell how much till I make the purchase.  “Mabel” is in 2 small vols (again my binding) and one vol I think I described once to you as being badly cracking in places.  This I patched with transparent paper as well as I could, but it still needs careful handling."

"Remember I told you how I had made an off to a chap early last year for The Old House at ?  I gave him up in despair, but yesterday he rolled in with it!  Took my offer.  The two vols, bound as I had em (my own work, cloth and gold lettered labels) not improved by usage since they left me, but still good."

Some years ago I bought a bunch of Penny Dreadfuls from a dealer based in the Blue Mountains in New South Wales.  I can't recall his name, but he was a trusting old time dealer who sought payment when the requested books were received, sometimes even asking me to make an offer when I received them.  The books came from a Dreadfuls collector who had passed on, and who had bound up some of them himself. Here's a fine example: 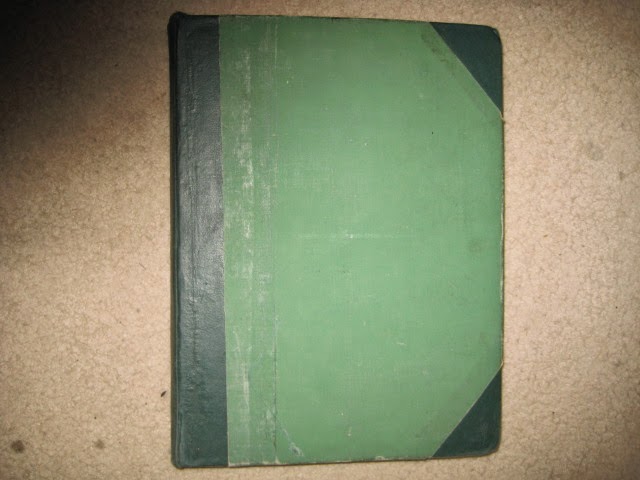 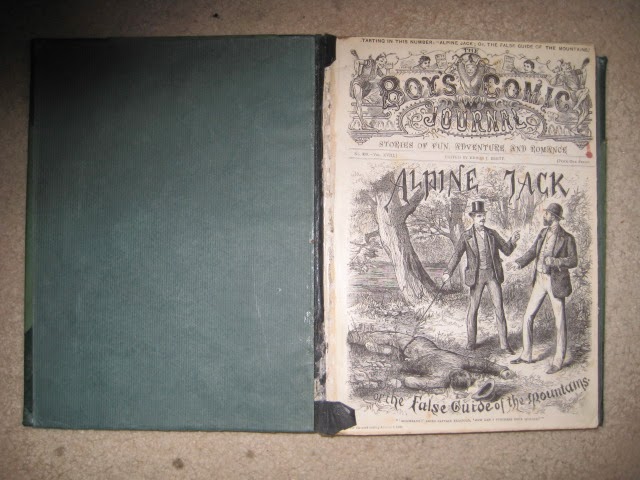 Here's another, acquired from the Internet, the margin of the first page taped, with the collector's notes on the front pastedown: 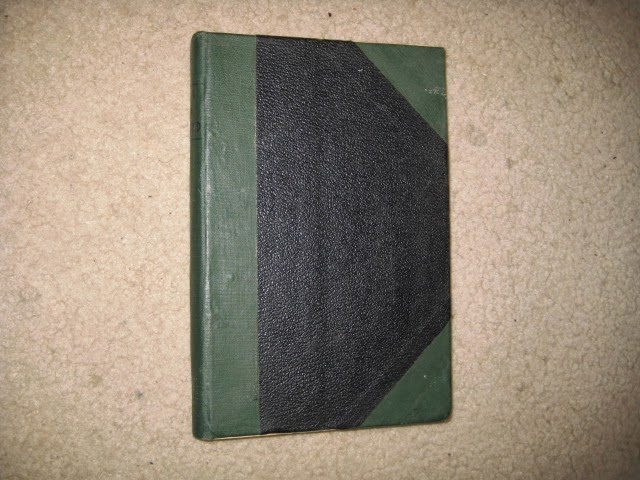 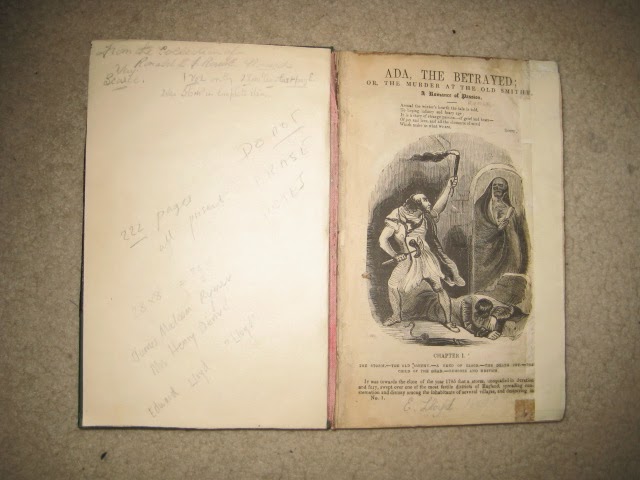 One of the annotations implores future owners, "Do NOT ERASE NOTES."  Poorly bound, taped, annotated, incomplete, this one of my favourite books.

Here is a fierce cut from a Christmas number of Young Men of Great Britain.  The bloodcurdling caption reads: "The door flew open and disclosed a ghastly skeleton." 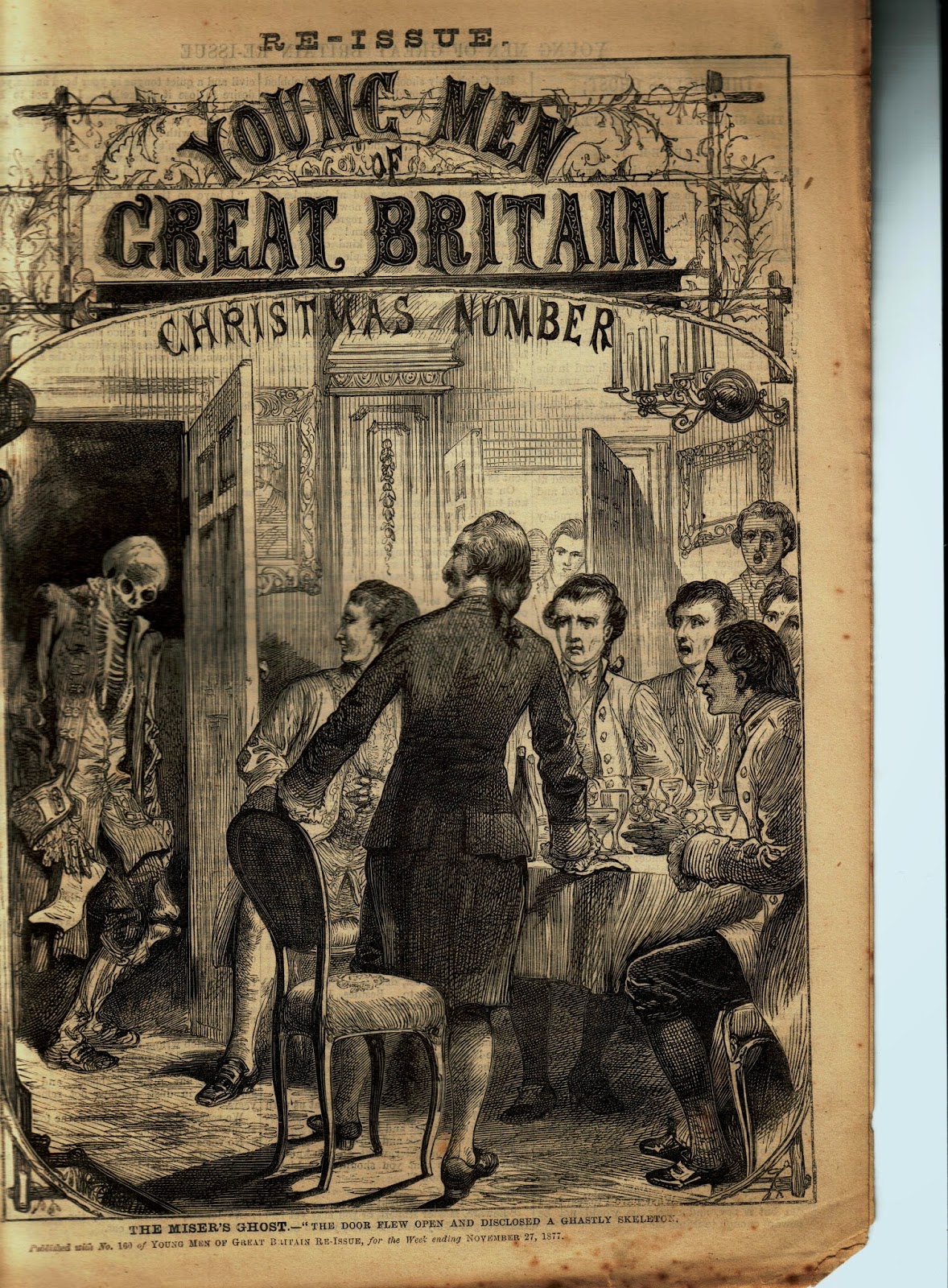