The Rise of Second-hand Bookshops in Britain 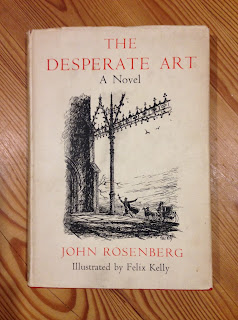 There is a general idea that there are fewer second-hand bookshops in Britain than there used to be, and that they are slowly fading away. Until recently, I would have subscribed to this notion too. I tend to remember not only where bookshops are, but where they used to be: and it often seems that there are more absences than presences. However, on the best evidence we have, this impression seems in fact to be quite wrong.

The first thing to note is that, compared with most of the 20th century, the number of second-hand bookshops is now much higher. I haven’t seen definitive figures but I have read accounts of the book trade in the early to mid 20th century that suggest there were few shops outside London, the bigger cities, Oxford and Cambridge. Most readers tended to get their books from private circulating libraries or public libraries. Newsagents and stationers sometimes had a few shelves of used books, but not on any scale. It would be interesting to identify when the picture changed more towards what we see now: my guess would be, in the Sixties, but that is mere surmise.

However, what about the more recent trend? Well, we can make a pretty good comparison between the number of bookshops now and the number thirty years ago. The current total is fairly straightforward. There is a marvellous online guide to second hand bookshops in Britain, thebookguide, run valiantly and voluntarily by the Inprint Bookshop, Stroud, Gloucestershire. This receives not only reviews of bookshops but news from readers about closed or newly opened or discovered examples. It’s about as definitive as you can get.

To get a similar figure for thirty years ago, we must consult Driff’s Guide to the Second-hand & Antiquarian Bookshops in Britain. Driff was the pen-name of a noted figure in the book trade and his guides won fame (or notoriety) for his pungently-expressed opinions of the bookshops and their owners.

This guide ran through six editions, and I have consulted the 1984 edition, simply because it’s the one I have. Driff was so confident that he had listed every bookshop in the country that he offered a free copy of the next issue of the guide to any reader who sent in details of any he had missed (or any that had closed). He was also obsessively diligent, relating entertainingly his quest for shops where he had only the vaguest details to go on. For this issue, he noted that all of the entries had been double-checked in the last two weeks of July 1984. He lists 942.

So we can see that there are indeed more second-hand bookshops in the UK than there were thirty years ago, in fact about 25% more. That seems fairly conclusive, but there may be some objections. The Inprint guide includes charity bookshops. Note that these are mostly full bookshops, not those that have a few shelves of books among other charity donations such as clothes, records and bric-a-brac. It will be seen that if these 287 charity shops were discounted, there would indeed be rather fewer now than then. But I don’t quite see why they should be excluded: they are second-hand bookshops, and for the reader or collector, who owns them is irrelevant.

It is also true that the Inprint guide includes some private premises only open by appointment, book rooms in antiques centres, some market stalls, and some big book warehouses principally used for internet selling but also open to the public. But all of these seem to me quite valid. The Inprint guide says: “We consider a 'shop' to be any business with a significant stock of secondhand or collectable books, that welcomes visitors at advertised times, or by prior appointment.”

That seems to me a perfectly fair test. And in any case Driff’s guide also included some of these types of entries. Driff’s own definition of a second-hand bookshop was “anywhere that has more than a thousand books and is open more than two days a week.” He added that “Some antique shops have been included” where the owner had a serious interest in books, and some stalls where they were near bookshops. Further, Driff tells amusing anecdotes of shops he has included that seem to be pretty much semi-closed, or with other highly erratic characteristics.

It's also true that Driff lists some bookshops that are not included in his numbering system: some are only rumoured, some are stalls, curio shops etc worth a look if you're in the area, some just seem to be afterthoughts. Overall, I think it is likely that the Inprint guide is slightly more inclusive than Driff’s, but not significantly so.

Why, then, do so many readers and collectors think there are fewer second-hand bookshops, when this is not apparently supported by the evidence? Well, I suspect it is one of those myths that stays current because it sounds right and fits in with our assumptions. We expect online bookselling, electronic books and so on to have made an impact, and it no doubt has, though physical bookshops can sell online too, so they now have another avenue for sales.

There is also, in my experience, often an innate lugubriousness about some second-hand booksellers, who may themselves therefore contribute to the idea that the trade is in irreversible decline. It also seems to be true that there are fewer bookshops in cities, where they might be noticed more. However, there may possibly now be more in smaller towns, especially those with a strong tourist trade.

It’s also possible that over a more recent period – say, the last 10-15 years – there has been a dip from a previous peak. But even if this is so this would not alter the broad picture of a substantial increase over a reasonable span of time. Let us conclude, therefore, by celebrating those doughty, determined, often interesting and independent, individuals who carry on the chancy trade and desperate art of second-hand bookselling.

Note: amended to get the sums right and to note the bookshops Driff mentioned but didn't number.