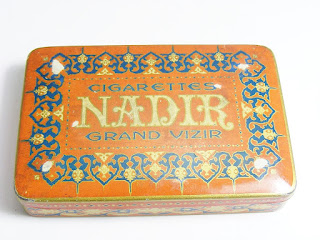 Percy Lancelot Osborn was the author of two books: Rose Leaves from Philostratus (‘adapted into English verse from the Greek epistles’), published At the Sign of the Unicorn in 1901; and The Poems of Sappho (‘Poems, Epigrams and Fragments: Translations and Adaptations’), issued by Elkin Mathews in 1909.

The Spectator (16 April, 1910) thought the Sappho book “shows scholarship and a feeling for the more delicate shades of cadence and emotion”. In the very brief fragments, each of a few words only, given at the end of the book, Percy Osborn also showed a modern sensibility, almost as a herald of the Imagist dedication to the terse and elliptical.

In the Sappho book he is described as ‘Late Demy of Magdalen Coll., Oxford’. At Oxford, he contributed to The Spirit Lamp, the journal edited by Lord Alfred Douglas. It was redolent with the aesthetic and decadent ambience of the Eighteen Nineties. His work appeared under his initials, as by ‘P.L.O.’ He translated Baudelaire and in one issue offered, from Meleager, ‘The Garland of Boyhood’s Flowers’, a paean to Greek youths.

‘Caprice: la cigarette’ appeared in the 6 December 1892 issue (Volume II, no IV). It has never been collected. To write about a cigarette, and to compare it as he does to the human soul, would have been seen at the time as a daring and disdainful thing to do: other decadents such as Arthur Symons also evoked the symbolism of its sordid silver smoke.

In his essay ‘Butterflies, Orchids and Wasps: Polyglossia and Aesthetic Lives: Foreign Languages in The Spirit Lamp (1892-1893)’, Xavier Giudicelli suggests the influence of Verlaine in Osborn’s cigarettes verse, and adds: “The tone and subject of this poem are rather playful. It is an ode to the cigarette as the epitome of ephemeral pleasure and as a metaphor for the inanity of man’s life in this world.”

Nothing seems to be known of Percy Osborn after his second book. His brother, E.B. (Edward Bolland) Osborn (1867-1938), who also contributed to The Spirit Lamp, was later the literary editor of the highly respectable Morning Post newspaper, an anthologist and general man-of-letters, most known for The Muse in Arms, his anthology of First World War poems. There is always a sense of fleetingness in Percy Osborn’s work: we are left to wonder if he was another of those from what Yeats called the Tragic Generation, who succumbed young.

Here is the cigarette poem in Osborn’s original French, and my two renderings of it:

O cigarette so sweetly odoured,
The swirling of your vapour
Is as human life the same:
Nothing but hazy and vain.

Just as your fumes fade in the air
The dying soul will disappear.
God cries out! Ah, if we regret
Let’s roll another cigarette.

Yeah, the fumes disappear;
And we’ll end up nowhere.
So what? Je ne regrette.
Roll another cigarette.

Other versions would be most welcome.