A Contemporary Review of Dracula 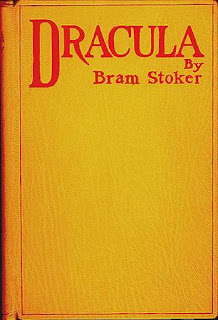 Following is a contemporary review of Dracula published in the Melbourne newspaper, The Argus on 6 November 1897. It's a fairly negative review, typically sceptical, that references Edmund Gosse's recently published article, "The abuse of the supernatural in fiction."

"In Mr Edmund Gosse’s suggestive article upon the abuse of the supernatural in fiction published by us last week, he laid down one canon which, he truly enough declared, is violated by half the present day writers who trench upon the domain of the mystic and the abnormal. This law is that the products of their imagination, however extravagant and monstrous, must be so presented as to command our temporary intellectual credence. Although perfectly aware that the story cannot be true, we should be carried captive for the time being by the notion that it is. The rule will be generally accepted as one which ought to govern this province of literary art, but we can understand individual opinions differing widely as to the writers who do and do not observe it. Mr Gosse, for example, confesses that his common sense can be momentarily conquered by Mr H.G. Wells or Mr Frank Stockton, and gives the highest possible testimonial to Lord Lytton’s “Strange Story.” Yet Mr Wells’s half-human monsters and his wild idea of travelling back along the grooves of time by a mere piece of mechanism – a thing of wheels and rods and cylinders – will strike many people as the most audacious demands upon credulity made by any modern writer. If Bulwer Lytton, again, had singular power to thrill in the telling of a narrative, what is to be said of the utter impotence of some of his conclusions – the absurdity, for instance, which gives us as the climax to an elaborate process of incantation the materialisation of a human foot?

The Stone Dragon - a colonial edition 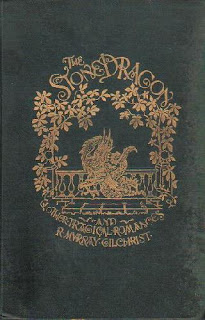 COLONIAL LIBRARY.
Bound in Red Cloth, and published at 3s 6d.
This Splendid Series of BOOKS, which were Selling Freely at ONE SHILLING EACH