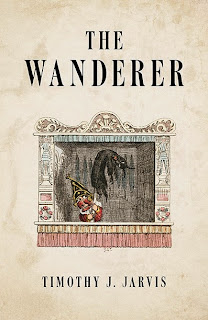 A lost writer, an old manuscript (partly in unknown tongues), a sinister puppet show, a timeslip into the far future, and a bitter understanding of what lies behind the façade of the world.

It’s a brave writer who could take those ancient rituals of the dark fantastic and make them work in a fervid new form. But that is the achievement of The Wanderer by Timothy J Jarvis, an astonishing debut novel deeply infused with the traditions of supernatural and metaphysical fiction.

It has been devised with a subtle understanding of the motifs and mechanics of the strange and visionary in literature. The skilful use of stories within stories suggests Arthur Machen’s The Three Impostors, while the scenes of a ruined city after a catastrophe, bring to mind images from M P Shiel’s The Purple Cloud, or Edward Shanks’ People of the Ruins. And there are also suggestions of a wider cosmic tragedy such as we encounter in Hope Hodgson’s The Night Land, and even of the serene realm of Shangri La in James Hilton’s Lost Horizon.

It is an unusual meditation on the nature of fantasy, that shunned half-brother of literature, which also astutely exemplifies the form: a book essentially about the mainsprings of the macabre that works itself as a significant new coiling of the dark. But it is far from an academic treatise. The book shifts between sordid pubs and smeared rooms, evoked with grimy authenticity, and weird horizons in worlds of dream or hallucination.

Most of all, though, The Wanderer is that rare thing, a thoroughly engrossing and exhilarating story, laced with playfulness, which also glimmers with intelligence and audacity. We should be wary, though. The book itself reveals a force seeking out certain artists, poets, and others, as prey it can pursue forever through the underworld – an infinitely dark and cruel game of the kind hinted at by Sarban in The Sound of His Horn, but vaster still in its remorselessness and terror. How do we know it isn’t one more lure in that labyrinth?

Don’t read this book unless you’re ready to defy the gates of Hell. 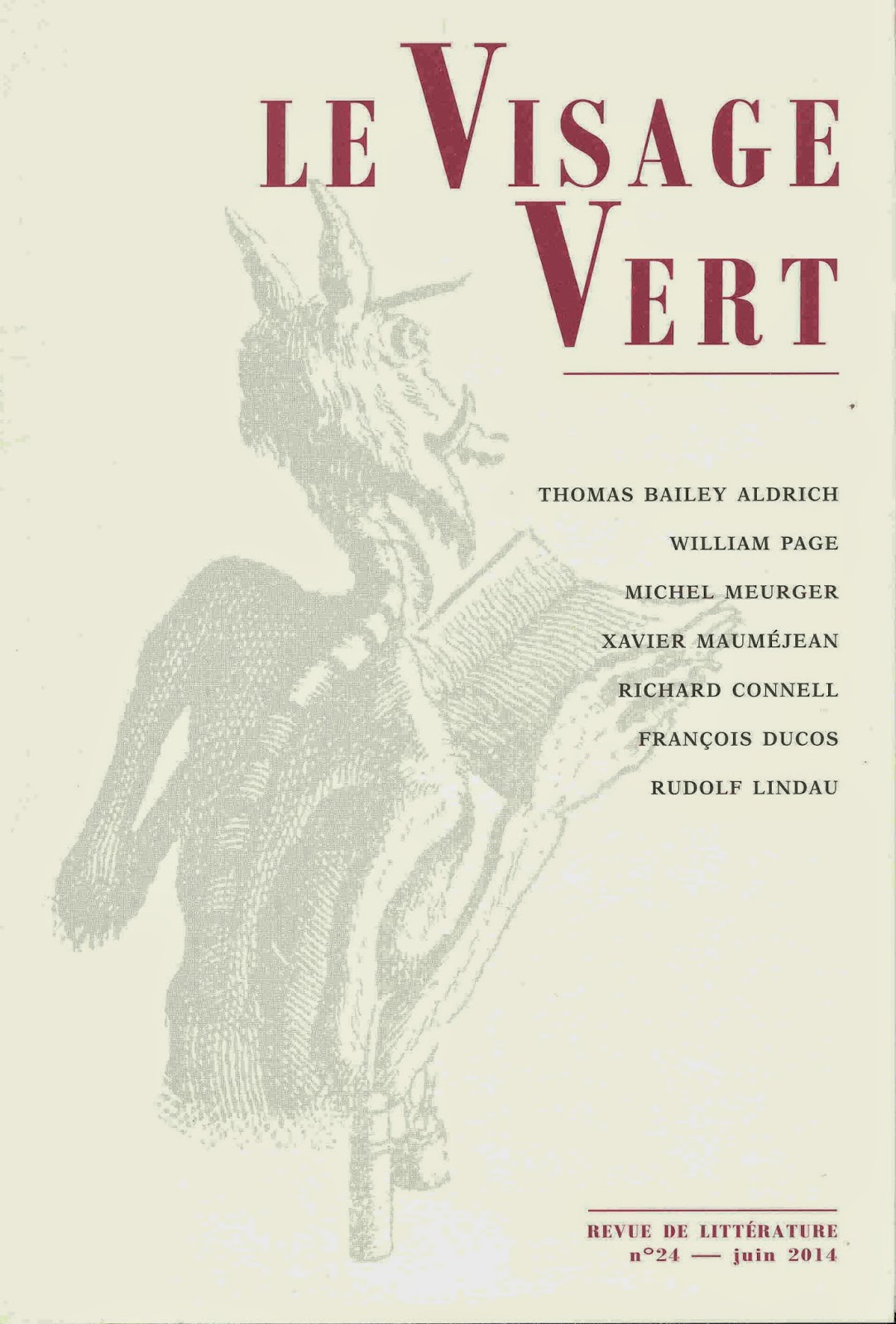 A belated note to call attention to the recent new issue (June 2014) of Le Visage Vert, which showcases two American stories, "Marjorie Daw" by Thomas Bailey Aldrich, and "The Most Dangerous Game" by Richard Connell, and includes an article by Xavier Mauméjean on the latter writer.  Other stories in this issue include "The Air Serpent" by William Page  and "Le Visionnaire" by Rudolf Lindau (a German diplomat who lived for many years in Paris), the latter story being best known in English as "The Seer" from Blackwood's Magazine (January 1881) and the subsequent Lindau collection, The Philosopher's Pendulum and Other Stories (1883).  Michel Meurger discusses William Page's story as an inspiration of Arthur Conan Doyle's "The Horror of the Heights".  Another fine issue of Le Visage Vert.  Ordering details can be found here (scroll down).

Posted by Douglas A. Anderson at 9:17 PM No comments: 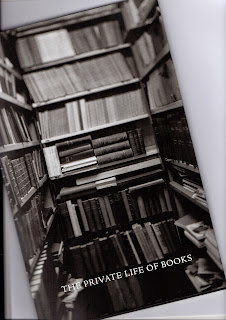 THE PRIVATE LIFE OF BOOKS: Six poems by Henry Wessells on reading, memory, books, and the second law of thermodynamics. Photographs by Paul Schütze. Published by Temporay Culture.

A fine meditation on the nature of books and of book collecting and of much else, and a fastidious example of the book-maker's craft, hand-bound and hand-assembled by a kitchen-table publisher, with delicate care and attention to detail.

An edition of 226 copies presently emerging from the bindery.

'...sleeping gods of old empires await
Some new interpreter to light a fire
Against the slow and irreversible cold.' 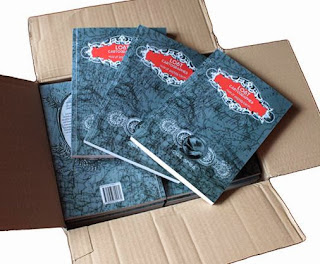 The adventurous Invocations Press of Brighton have announced a new publication, Lost Cartographies: Tales of Another Europe, a collection of curious fiction by Wormwood contributor Cyril Simsa of Prague. "Europe has always been Other, and there have always been other Europes" they remind us, and offer "Six stories, six Europes. All of them teetering on the very edge of the map."

In his introduction, the author explores how the idea of the Other has haunted the European imagination, sometimes located in terrain close by, just across a boundary, sometimes far away, in realms regarded as exotic and truly outland. He tells us: "These are my reports from the far side of our culture's ambivalent European identity. From the weird germ-lines and the mapless demesnes on the left-hand side of the family."

The stories are in the Central European fantastic tradition of Gustav Meyrink and Leo Perutz, where travellers encounter places stranger than the coasts of Bohemia, and ancient spirits adapt themselves to modern shapes.