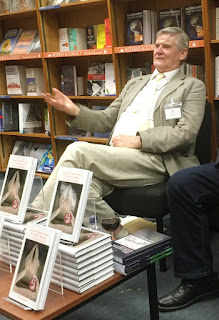 I"m saddened to have learned that fantasy scholar Colin Manlove passed away on June 1st, "peacefully" after a long illness (according to The Scotsman, 5 June 2020).

I knew him only via email, and we shared especially our common interest in David Lindsay, about whom Colin had written in appreciation. I have, I believe, almost all of his books, and it's difficult to select favorites, but they would include Modern Fantasy (1975), Christian Fantasy (1992), Scottish Fantasy Literature (1994), The Fantasy Literature of England (1999), The Order of Harry Potter (2010), and Scotland's Forgotten Treasure: The Visionary Romances of George MacDonald (2016). Also noteworthy is his Anthology of Scottish Fantasy Literature (1996).
Posted by Douglas A. Anderson at 10:52 AM 2 comments: