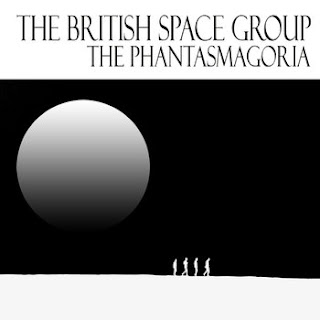 Composer and musician Ian Holloway is an enthusiast of supernatural fiction and also of vintage British science-fiction television. His series of extended play recordings, Phantasms, pays tribute to these interests with soundtracks to imaginary programmes inspired by occult detectives Thomas Carnacki and John Silence, and also classic Quatermass and Dr Who episodes. These have now been collected in a just-released album, The Phantasmagoria, available from Ian’s Quiet World label.

On his blog Wyrd Britain, Ian explains: “About 6 years ago I came to the painful realisation that I probably was never going to soundtrack one of those cool gothic Doctor Who episodes of the Philip Hinchcliffe era full of robot mummies, dilapidated country piles, mad scientists laboratories and Victorian sewers.” He could, however, write music that might have been used in just such a programme. And so the Phantasms EPs were devised.

Enthusiasts of the BBC Radiophonic Workshop and of early analogue synthesizers will thrill to the eccentric space age charm of these pieces. Listeners will easily find themselves inspired to visions of a frock-coated dandy vaunting between different planes of existence and combating sinister cosmic conspiracies, while all around singular devices whirr and sizzle, and whoosh and soar. These artful and affectionate compositions transport us to tales of other worlds that we seem to half-remember, re-activating our yearning for the lost and strange.

Mark Valentine
Posted by Mark V at 9:15 AM