In That Look the Unicorn Stood & Other Dreamt Books 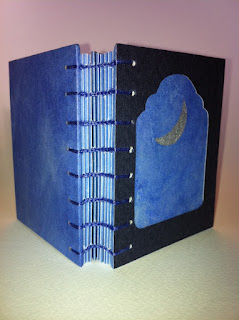 "People do tell their dreams," said Arthur Machen, in conversation with Morchard Bishop, "but . . ." and there was a world of doubt in that 'but'. But undaunted by that very judicious 'but', this post is about dreams of books, by which I mean not daytime longings for great rarities or lost volumes, but unknown works encountered in sleep.

For I occasionally dream of finding books that do not seem to exist (yet), and sometimes remember their titles. In a way, this is hardly surprising given the amount of time I spend in bookshops, and reading, or writing about books. The titles are usually quite authentic-sounding: for example, I once found in a dream a slim volume called My Cricket by Lord Dunsany, a book he never wrote, alas; but he did write the short story ‘Autumn Cricket’, and a book called My Ireland, so one can see how my imagination might have combined the two. But others are not quite so obviously explained. Here's some notes on others I have dreamt.

7 September 2008
I handled a small piece of pale turned wood which had a lid which delicately screwed off. Inside was the impress of a device used to make a mark upon paper. I learned that this was a “Tuddington chess seal”. The picture it made would represent, heraldically, a chess piece, which would be used in some way to play the game over a distance. I knew that I was dreaming and that I had to remember the name of this artefact. At a later stage, I was in a temporary structure at the end of a street, which was selling books for a pound each. I only found one I wanted, Further Essays by Sir Francis Younghusband, and I wrote “Tuddington chess seals” on the rear blank endpaper in pencil. But then I remembered this was also a dream, so I still hadn’t ensured I would remember it. Meanwhile, I was distracted by someone else buying a fine illustrated book on The Basilisk, which I knew was worth much more than a £1.

1 November 2009
I was at a book auction. I had not registered to bid but as I looked at the catalogue I saw books I should certainly want. It seemed too late, but as the ceremonials went on, I darted down to the office, run by a couple of practical old ladies. I was permitted to register without even giving full particulars. One book I especially wanted was an early study or memoir of Percy Pilcher, the aviation pioneer who was killed at Stanford Park, on the Northants/Leics border: there is an obelisk memorial to him. The book was Edwardian, with its spine missing, exposing the newspaper lining underneath, and grey boards with crumpled corners: I think there was an inset vignette. I find that Pilcher was a pioneer of gliding rather than powered flight, and the inventor of four different craft, picturesquely named The Bat, The Beetle, The Gull and The Hawk.

18 October 2010
I had discovered a paper-covered monograph written by a colonial district officer on a Pacific island which posited a link between earthquakes and volcanic eruptions. He had discovered this through his own observations of natural upheavals on the island. Though this link was now widely accepted, it had not been known at the time he wrote, making him a scientific pioneer. I was working out how to tell his story and publicise my find.

5 August 2015
I was going through the papers of a progressive public school, in some advisory capacity. These included a school magazine with a piece of highly ornate fantastic fiction, which I noted was in the style of Mervyn Peake, and very accomplished. I thought, I must make a note of the name of the author and follow up to see if they went on writing. The surname was distinctive and would be easy to trace: but I have not remembered it. I have a vague sense of chivalry, medievalism. The surprising thing is that in the dream the page of writing was perfectly clear before me and I was reading it just as I would if awake. If I could have remembered it, I’d have a segment of strange prose.

29 December 2015
I found a copy of Astral Travel in the Edwardian Age, a book which certainly ought to exist, but doesn’t yet (or at least not here). It was an exploration of the work of occultists and visionaries on what they conceived to be the astral plane, with descriptions of their journeys, and quotations from their writing. As soon as I awoke, I remembered the title and wanted either to find it or to write it. Again, because I have written and read about early 20th century writers of supernatural fiction, and such groups as the Hermetic Order of the Golden Dawn, it is easy to see why such a book title might occur to me.

16 August 2016
I had a dream of a war poet whose effects, few, were being preserved and I was allowed to handle them. They included a wooden shelf whose span showed all the books he was allowed to have (in barracks, I suppose, or a camp): they had to fit in its short gap. It was empty and the books he had chosen were not known. The hollow space seemed to convey the absence of the poet too, the gap he had left. The wood was rough, makeshift, unplaned, unvarnished, full of grain and knots and splinters.

20 September 2017
I was in an Oxfam bookshop in a pedestrian arcade which, unusually, had a lot of vintage hardback fiction, some with picture covers and spines and promising titles, but they were often about adventures in the colonies, typically in the forests of Canada. However, there was one book that was quite different: the title was in one long column in art deco style, one word to a line, shaped like a staircase which seemed to stand out from the cover. It was called In That Look the Unicorn Stood.

A glance inside suggested an adventure among fictitious countries, set perhaps (something about the incidental details suggested this) in the interwar period. The author’s name was not given or at least it was not obvious, yet I knew that it was by a woman. It was priced very modestly—something like 40p. I took it and held it and at that point must have entered into lucid dreaming because I knew that this was a dream of being in a bookshop and I must remember the title of the book. I kept telling myself over and over what the title was, and trying to keep the look of the volume in my mind. And when I came out of sleep I had remembered it and could still to a certain extent see it. I hastily spoke it aloud and then wrote it down. There is no such title in the British Library catalogue.

Two days later, I dreamt in my second sleep in the early hours of the morning that I found in a bookshop Jack Kerouac’s playing cards. They were in a white paper bag with a transparent film front and a label saying what they were. There was a postcard from him which told his correspondent to address him in reply as ‘Jack [ ]’ and then a surname I forget, which meant ‘cut’, and then a postal address. The price was £50. I thought, in the dream, this was quite reasonable. I wasn’t sure I wanted to pay it because I am not a Kerouac collector or reader, but decided I probably should.

28 January 2018
I had found a book which was the first full edition of a fantasy work by a woman writer (like, but not, Mary Butts or Hope Mirrlees). Inside, on the front free endpaper, was a brief note stating “exactly as in the manuscript” (this wasn’t the phrase, but the meaning was similar) and an ownership signature: Sybil Vicky Javasco. There may have been another name between the second and third. When I woke up I remembered the name and kept hold of it until I could write it down. I don’t think, in the dream, I knew the title of the book, and I haven’t remembered one.

I have never yet dreamt of a book and then found it, and if I did, I would consider it rather eerie. It is very tempting (and cheering) to wonder if there is some alternative plane where these dreamt books and many others like them do indeed exist: and, presumably, where there are also other dreamers elusively half-remembering Flower Phantoms, say, or British Rainfall, 1910, or A Voyage to Arcturus, or Arthur Machen’s The Dark Lantern And The Mask.

Image: Cover by Jo Valentine for Litanies for the First Quarter of the Moon by Jules Laforgue.