A plagiarism in early Weird Tales

In the March 1925 issue of Weird Tales, which Farnsworth Wright had been editing since the November 1924 issue, there appeared a short three-page story entitled "The House of Fear" bylined as by "Albert Seymour Graham."  Within a few weeks Wright had discovered that the story was a plagiarism, and the same "author" had submitted to him as original work three further plagiarisms, of an early H.G. Wells story, of Fitz-James O'Brien's "What Was It?", and of a section of Sax Rohmer's The Insidious Dr. Fu-Manchu.  None of the further stories were published, and the name of "Albert Seymour Graham" appears only one other time in a pulp magazine, closely contemporary to the Weird Tales appearance, in a list  of correct respondents to a cypher contest in Flynn's for 17 January 1925.  There Albert Seymour Graham is noted as being from Chicago, Illinois.

The name is unusual enough that I can find in genealogical sources only one Albert Seymour Graham, a young African-American boy who was aged 15 in 1925.  He was born in Manhattan on 10 November 1909, the younger son of Albert M. Graham (born around 1876 in Virginia) and Carrie E. Seymour (born around 1881 in Connecticut).  The older son, Charles, was three years older than his brother. Between the 1910 and 1920 Censuses, the family moved to Chicago, where the father's profession is given in 1920 as "usher, railway station" and in 1930 as "porter, railroad car."  In 1930, the two sons were employed as follows:  Charles, age 23, "mail clerk, railroad company" and Albert, age 20, "elevator operator." In his 1940 registration for the draft for W.W. II, Albert was living in Chicago (5' 4" and weighing 140 pounds), and his wife's name is given as "Eula Handson Graham." A later wife was named "Alma Bernice Strong." Albert Seymour Graham died in Chicago on 15 May 1994.

And what of his plagiarized short story?  It has some touches of Poe but otherwise (like Farnworth Wright) I don't recognize any direct source. Does anyone?  I have scans of all three pages below (click on the scans to make them larger). 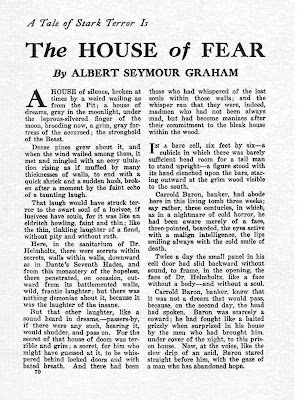 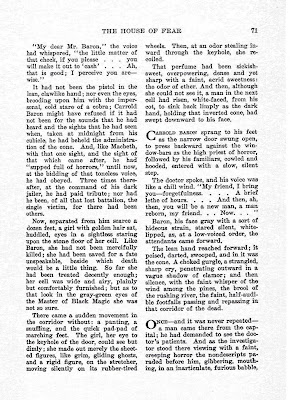 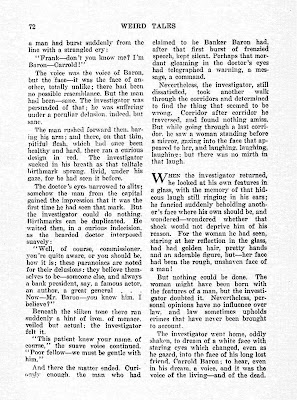 Posted by Douglas A. Anderson at 3:00 AM