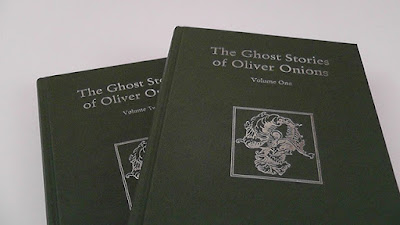 Announcing a new issue of Wormwood . . .

Lisa Tuttle on the mystery of Regina Miriam Bloch

The Wormwood Interview: David Tibet discusses books important to him

Reggie Oliver on ghost stories, sex magic and the end of the world

At the same time, Tartarus Press have announced a new edition of The Ghost Stories of Oliver Onions, introduced by Rosalie Parker, in two volumes in a slipcase, with an additional folk-horror novella, 'Gambier'.

And some Robert Aickman news

It has been something of an "open secret", but for the last two years Ray has been researching and writing a full biography of Robert Aickman (with the blessing of Aickman's Literary Estate and Agents). It is essentially finished, and we now need to explore the best way of seeing it published. In the meantime, if there is anyone out there who knew or met Aickman, and we have not interviewed - please let us know! Admirers of his work will be interested to hear that various mysteries have been solved, but others remain . . . Ray would like to thank Rosalie Parker for all of her help, encouragement, advice, and the long discussions . . .