Picture of Nobody - Philip Owens 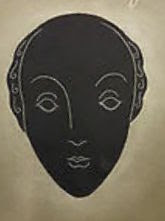 In Picture of Nobody (1936) by Philip Owens, Shakespeare is recreated as an impoverished young poet in Nineteen Thirties London. It is not exactly a reincarnation or timeslip fantasy – the book simply takes the character, story and work of the 16th century playwright and reframes them in a setting over three hundred years later.

The novel imagines Shakespeare’s younger years as a struggling actor and writer in the capital but places him among the poetic coteries of the interwar years. Contemporaries such as Marlowe, Kyd and Greene are also depicted in various guises, as are some Shakespearean characters, including Falstaff and the Dark Lady of the Sonnets.

Meanwhile, in a neat reversal, the leading 20th century playwright, here rendered as Shawe, is instead depicted as existing several centuries ago and is the subject of an authorship controversy, like those claiming the Tudor Shakespeare’s works were written by Bacon or Oxford. In this spoof, some theorists suggest Shawe’s plays were written by a certain Lord Beaverbrook . . .

This first novel is a lively jeu d’esprit, blithely done, and the conceit is sustained with great gusto and imagination. We relish both the picture of Thirties literary and bohemian life and the clever and picturesque Shakespearean resonances. In his foreword, L A G Strong says it demonstrates that even a Shakespeare would not fare well in the Grub Street of the day. The book soon takes a more sombre direction, however, and has a further dimension, in that it also becomes a future fantasy of riots, explosions and civil war in Britain, with a tragic outcome.

Owens also wrote Hobohemians, a Study of Luxurious Poverty (Mandrake Press, 1929), a short opuscule of artistic life in Berlin, and translated books from the German by Hans Fallada and others. He also wrote for Jack Lindsay's literary journal, The London Aphrodite, and edited an anthology of passages about landladies, Bed and Sometimes Breakfast (Sylvan Press, 1944).

More notably, he was included, with a long avant-garde poem, in an anthology of modernist poetry edited by Samuel Putnam, European Caravan (1930). Here, he was alongside Auden, Beckett and others, and was described as one of Britain’s most promising poets. It was a promise that apparently was not to be fulfilled. I have not been able to find a trace of him after the Second World War.