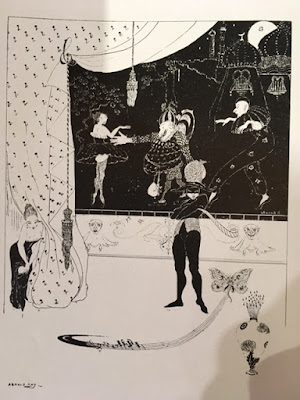 Lost artists are often harder to discover than lost authors. At least with the latter their books can still be found, even if it sometimes takes a lot of looking. But an obscure artist’s work often disappears, unless it is recorded in an exhibition catalogue or monograph. You may come across a piece you admire in a periodical and want to find out more but art, unlike books, has no comprehensive catalogue such as at the British Library, so you are reliant on chance mentions in reviews, sales rooms, memoirs and so on.

The monthly art magazine Colour ran from 1914-1932. It seems to have been relaunched, keeping the same name but beginning the numbering again with Vol 1 No 1, from November 1928. I do not know whether there was any break in publication before this relaunch.  It included short stories, essays and a few poems, but its main feature was reproductions in colour and black & white of work by contemporary artists, unrelated to the literary content.

Unlike other art illustrated magazines of the time, such as Studio, Colour rarely used old masters or classic works.  It seems to have been open to most styles among contemporary artists, including the newest, and because it was much more long-running than the typical avant-garde periodical such as Blast! or Ray, which came out in only a few issues, it is a valuable source for the art scene of the period.

A copy for June 1915 which I have includes notable pictures by the aesthetes Charles Ricketts and Charles Shannon, a short story by E C Vivian, ‘Together’, (“Harrison got up out of his coffin and looked around . . .”), an essay, ‘An Impression of Macao: The City of Dreams’ (“I love this sleepy, old-world island dearly”) by Gerald Hamilton and several other stories and essays. 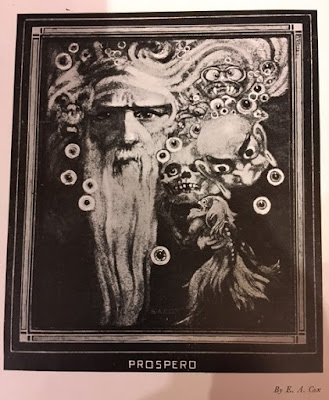 There are also two pictures by artists I did not know and who do not seem to be well-known, but whose work looks of particular interest for connoisseurs of the fantastic and grotesque. The impression of Prospero by E.A. Cox seems to me powerful.  He must be Elijah Arnold Cox (1876-1955), who is briefly noted in online sources as providing artwork for the London Underground and illustrating some books.

The Beardsley pastiche by Arnold Kay (which is pictured at the top of this post) is an interesting example of the 1890s artist’s influence still persisting 20 years later and is a very close tribute both in style and subject matter. It makes you wonder what else Kay did.

But the contemporary pictures in Colour usually appeared with no accompanying descriptive or biographical text relating either to the art or the artist. There is a sort of diary or gossip column at the front in which very brief allusions to one or two of the featured artists might appear. Nevertheless, despite this slightly odd lack of context, the journal does at least preserve some of the work of a host of otherwise forgotten artists.

Colour seems to be not often discussed or studied. It is not easy to get. Copies are often incomplete where the colour plates have been removed for prints, which are sold separately. It was also oversize and in paper covers so often does not survive well. However, bound copies, six to a binding, were also issued, and these do occasionally  crop up. A typical issue was about 40 pages and most pages contain at least one artwork, so that indicates how much rare material there may be to rediscover.