Where To Find Second-hand Bookshops in Britain 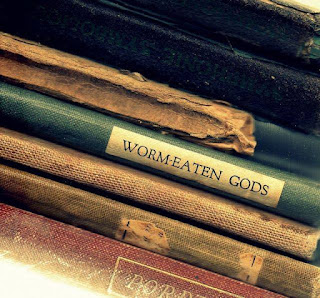 In the previous post I reviewed the factual evidence for the number of second-hand bookshops in Britain and suggested that it showed there had been a rise in these over a reasonable period of time. This was contrary to my own expectation and impression, and also to that of some other readers and collectors, to judge from the response to this post. (There might, however, have been a recent dip from a historical peak.)

I suggested that one reason why it might look like there are fewer is that there are not so many in larger urban areas, but more in smaller towns and cities. Most leading news and commentary is Britain is metrocentric: what happens in London and, a long way behind, the other major cities, is what gets reported. Any trend in the outer reaches of the country or its smaller settlements is less likely to get attention.

Where, then, are all these second-hand bookshops? As an assiduous browser, I offer the following seven suggestions for a bookish weekend break. These are all based on fairly recent personal experience, drawing on the splendid listings at the bookguide.

Norwich and North Norfolk – the city of Norwich, home of the elegant essayist Sir Thomas Browne and the rediscovered spy and thriller writer W.F. Morris, has seven secondhand-bookshops and three charity bookshops. Further afield, but mostly reachable by train or bus from the city, there are at least a dozen in the towns along the North Norfolk coast or in the country around the county town. There is also a large charity bookshop at Blickling Hall, a National Trust property, and two smaller book rooms in other NT properties.

York and North Yorkshire – the Roman and Viking city of York also has around seven general second-hand bookshops, plus a couple of specialists, and three good charity bookshops. Attractive train journeys from the city will also take you to shops in Harrogate, Whitby and Scarborough, while a motor tour in the Dales will allow you to call in at a few others.

Carlisle and Cumbria – the city of Carlisle has one bookshop, Bookcase, but it is enormous, and could easily take up most of one day. But if you need a change of scene, take the fine coastal railway to Whitehaven, where Michael Moon has two bookshops, one also large. Or there is the highly scenic Settle-Carlisle railway, which will take you to Settle (three bookshops). Meanwhile a journey through the fells and mountains will take you in short order to Penrith (two bookshops) or Sedbergh (one large bookshop and some smaller outlets).

Wigtown and Galloway – attempts to emulate Hay-on-Wye, the bookshop town founded by the genius of Richard Booth, haven’t always succeeded, but Wigtown, Scotland’s Book Town, is a quiet former county town in very attractive country in a lesser-known corner of Scotland. It has half a dozen good size bookshops plus a few smaller outlets. Not far away, at Gatehouse of Fleet (scene of Dorothy L Sayers’ Five Red Herrings) is another excellent bookshop in the old watermill. Touring will take you to small shops in Castle Douglas and the artist town of Kirckcudbright.

Aberystwyth and Cardigan Bay – the leading Welsh university town of Aberystwyth has two excellent bookshops plus a charity bookshop. North up the coast is the alternative centre of Machynlleth, which has antiques, market stall and specialist bookshops. Exploring south along the sweep of the bay will bring you to Aberaeron (one), the county town of Cardigan (three or four outlets) and, just over the border in Pembrokeshire a characterful shop at Newport, and there are a few more inland.

Cheltenham and the Cotswolds – the lovely Regency town of Cheltenham has three general bookshops plus two charity bookshops. Short tours in the Cotswolds will take you to the Roman spa town of Bath (five, two specialist, two charity), the abbey town of Tewkesbury (two, one a good quality charity shop), and the bohemian small town of Stroud (three including one canal charity shop) and it sister settlement of Nailsworth (two, one charity) and several other small towns with one apiece. Don’t forget to visit In Print in Stroud, the bookshop that keeps thebookguide going.

Shrewsbury and the Marches – the historic county town of Shrewsbury, noted for Charles Darwin, Clive of India and Ellis Peters, has three second-hand book places (including one set of market stalls). From here you can range over Mary Webb and A E Housman country to Much Wenlock (two), Bishop’s Castle, Ludlow, Presteigne (one apiece), and Aardvark, the large book barn at Brampton Bryan. A journey through Marcher country will bring you into Herefordshire, where Leominster and Eardisley are worth a visit for their bookshops. You’re now not far from Hay-on-Wye…