The Rise of the Metaphysical Thriller 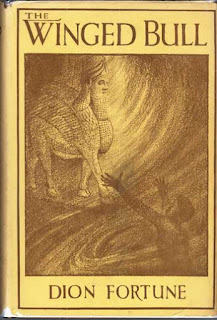 In the interwar years in Britain a new type of novel appeared that has not been much discussed as a form: the metaphysical thriller. Like most literary terms, this is not entirely satisfactory, but it conveys what is involved reasonably well. I originally thought of using the term ‘occult’ thriller, but I saw that the novelist and short story writer M John Harrison alluded to them as ‘metaphysical thrillers’, and this seemed a sound authority to follow.

Other adjectives might also do: perhaps we might call them supernatural, mystical, magical, or spiritual thrillers. But the major characteristic of these books is that their authors wanted to discuss what to them were urgent questions about the nature of reality: and they wanted to use a popular form to do this.

The combination of a metaphysical theme and a thriller format is unusual and may appear incongruous: but in fact it often works surprisingly well. Both parts of the term are important. These authors chose to use the thriller format mostly because it would appeal to larger numbers of readers than a theoretical work, but also sometimes because they needed the money. That was because they were not part of the mainstream, an important distinction; they were not in the church, did not have academic posts, were not journalistic or general men- or women-of-letters.

Most of these authors were independent and original in their beliefs or else, where they were associated with an organised faith, they were unconventional. Some were for a while involved in occult or esoteric orders, and several went on to found their own, but mostly they were individual seekers and thinkers. Their spiritual work was largely unsponsored and to explore it and to express it they needed some form of income, which the writing of thrillers might help to provide.

These books are not, in style, like the often rather turgid or earnest ‘non-fiction’ tomes on esoteric matters which also appeared in numbers in this period, though they may have some passages of exposition which are perilously similar. Sometimes they draw on the tradition of realism in the novel, as seen in the work of John Galsworthy and Arnold Bennett, to depict in faithful detail the lives of ‘ordinary’ people, including their difficult emotional lives and personal circumstances. But where they depart from this dominant form is in permitting their characters also to have a spiritual or mystical dimension. This is indeed, properly regarded, an enhanced form of ‘realism’ which takes a broader account of the human experience, not limited to material and outward appearances.

At their best these novels offer the same reading qualities as the really good crime or detective yarn or ghost story, but with that extra dimension of ideas and images concerned with the nature of things, often excitingly explored. The prime exemplar of them is probably the seven supernatural thrillers of Charles Williams: other prominent titles include Armed With Madness and Ashe of Rings by Mary Butts (who admired and corresponded with Williams); Dion Fortune’s six occult thrillers (she and Williams were both involved in various esoteric orders); several of Claude Houghton's novels; Aleister Crowley's Moonchild; Sax Rohmer's The Orchard of Tears and others; David Lindsay's The Haunted Woman, Sphinx and Devil's Tor; and Walter de la Mare's The Return.

Lesser-known ones include Ronald Fraser’s The Flying Draper (though that also has a Wellsian dimension); Geoffrey Dennis’s Harvest in Poland; Louis Marlow's The Devil in Crystal; and Muriel Jaeger’s sceptical Hermes Speaks. A friend of Dorothy L Sayers and the dedicatee of the first Lord Peter Wimsey book, which she had encouraged, Jaeger is often overlooked, though some of her novels  have recently been revived. In some other instances the thriller element might be thought rather more dominant than any metaphysical dimension, as perhaps in the work of Dennis Wheatley.

There are sure to be others that readers know about. But a few distinctions must be drawn. The first is that in this form of thriller things do not get ‘rationalised’. There was quite a fashion for embellishing crime thrillers with occult, supernatural or folkloric motifs, for extra frisson—Gladys Mitchell particularly relished this—but the golden rules of detective stories demand that all such apparent incidents must be explained away at the end, often (it must be said) somewhat unconvincingly, as in Conan Doyle’s The Hound of the Baskervilles. Though they may have quite a lot of incidental interest in their occult themes, and some genuine learning, these novels are not in the same category.

The second difference to draw is with fantasy. By its nature the metaphysical thriller belongs in the wider definition of ‘fantastic literature’. But it does not take place in a fantasy world, such as those, for example, of William Morris, E R Eddison, Hope Mirrlees and, later, J R R Tolkien. Those authors also often had spiritual ideas to convey, and there may well be thrilling episodes in their books, but they wrote about elaborate, invented worlds inspired by ancient epics or fairy tales. The essence of the metaphysical thriller is that it takes place in the contemporary, more-or-less everyday world. It involves the effect of spiritual forces, images and incidents in that world.

For that reason, I also think, thirdly, that historical novels with metaphysical elements are in a different category. There was, in this same period, a linked but distinctive development. Mary Butts, in reviewing Naomi Mitchison’s The Corn King and The Spring Queen, drew attention to a new form in fiction, which was attempting to recreate the culture and imagination of ancient civilisations, influenced by recent archaeology, James Frazer's The Golden Bough and the Greek studies of Jane Harrison.

This was a shrewd insight: Lewis Grassic Gibbon wrote in this form too, as did Robert Graves; and a later example is Mary Renault. Mary Butts herself wrote novels of Cleopatra and Alexander. A lesser-known example is Perilous Grain by Una Broadbent, who wrote to Butts noting their affinity. Even some romances of ancient Atlantis may belong here, since the society described in them often has Greek elements. And as for lost race tales of Greeks, the heirs of Alexander, in Central Asia - but we digress. Suffice to say all these seem a different, but parallel, development.

At least two of the authors in the occult thriller field have been quite widely studied by readers interested in their ideas and in some cases identifying as their followers: Charles Williams and Dion Fortune. However, often the focus of these commentaries has understandably been on the authors’ ideas, but not on the wider context: their contemporaries, or the form they chose, that rather strange beast, the metaphysical thriller.